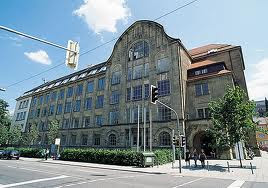 Admission Schedule
There may be some changes to this schedule according to the NIIED Schedule.