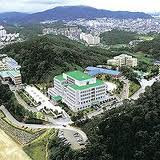 Eligibility for Application
All applicants are required to demonstrate Korean language proficiency through the Test of Proficiency in Korean (TOPIK) Grade 3 or higher (Grade 4 or higher for Korean & Korean Literature majors) or its equivalent and to belong to one of the following categories.

Documents to be submitted: the original and three copies